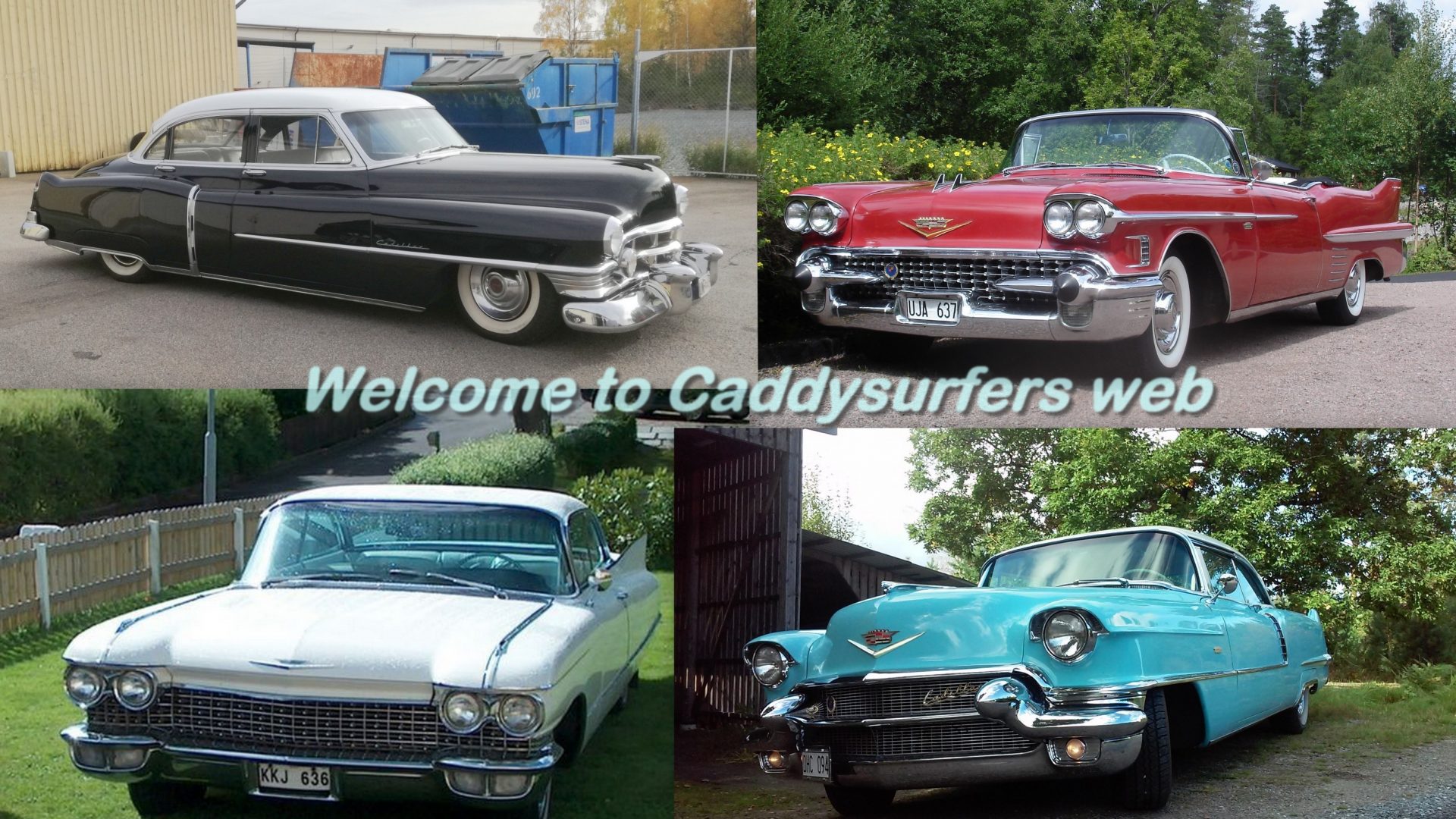 The el. clock in my Cadillac was not working when I received the car. Read an article in the CML (Cadillac Mailing List) and removed the clock from the fitting on the dash. This is done by turning the clock gently about 1/4 counter clockwise. Then you can remove it (I had to push from behind the dash) and this is a bit tight spot so you need to have thin arms and/or strong will. When you get the clock out you have to disconnect the power and remove the light bulb socket from the backside of the clock.

To open up the clock there is three small screws on the side of the clock housing that has to be removed and then also the nut securing the cable connector on the back side before you can remove the clock housing. Inside there a clock machinery that was a bit dirty and probably never serviced. I cleaned and lubricated with thin lube oil type CRC 5-56. Then all of a sudden the clock started to run again. GREAT !! I put everything back together and connecting the power and pushed it back into position turning 1/4 turn clockwise and there it sat running like a clock 😉

However this didn't last long after an hour o so it stopped and I had to take it out again.

I fiddled with the thing and at last found what was wrong. The hole for the shaft that's connected to the spring that about every minute wound itself up by an electric impulse. This hole has become worn out after 40 + years of turning. What could I do about this ???

Thinking a bit then I thought I should try to fill the hole with solder metal and then drill a small hole with a sewing-needle thus creating a new bearing for the wheel axle. OK I removed the plate that hold the hole carefully (wouldn't want any spring or small detail falling to the garage floor.)

I did all above heated up the plate with the soldering tool filled the hole completely evened off the surface and let the plate and soldering metal cool off. Then manually drilled a small hole with a sewing needle and assembled the clock again. Tested it with power from my el. battery charger …….IT WORKED !!

Mounted it again into the dash and after 2 months the clock still works !!

Unfortunately my clock main coil has now suffered a severe meltdown I don't think that this is repairable. (I don't think that this was due to the above repair it's probably due to the age of the clock itself.) Either require a new coil or new clock machinery altogether. Heard about someone converting to a quartz clock machinery but still keeping the original clock face. Perhaps that could be something.

Have heard that you can mount a modern clock mechanism and then connect that to the old Cadillac clock face and hands. I'm investigating this currently the rumour even says that you could by a cheap radio controlled clock and get automatic change between summer daylight saving time and standard time… cool… Will be back as soon as I know more